Well, it's another late post - but better late than never. Here are some photos from Cece's Belt test. She is taking karate at Tiger Martial Arts on Portsmouth Blvd. They are not associated with any of the other schools and I'm not even sure if they are certified, but I do know that Cece loves it. Here's a photo I took right after she earned her yellow belt. She is holding the board of wood that she broke with a kick. 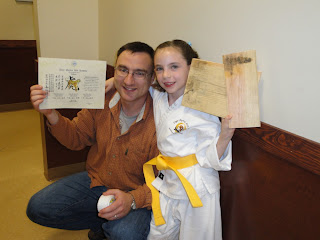 Dirk and I were not excited about karate, this was all Cece's idea. She decided she wanted to try it last June and we didn't think it was a good idea to discourage her. We signed her up for a one month trial. She has been going for a little over 6 months and is doing so well. She is stronger, more confident and very serious. 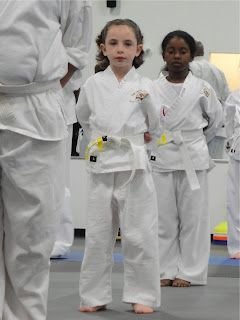 See, very serious - but I can still get her to smile. 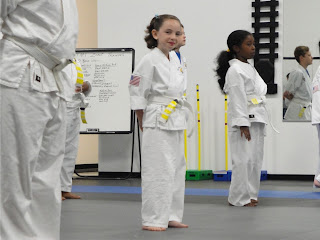 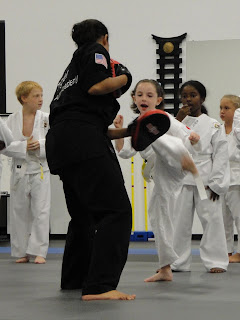 Well, it's a bit late - but here are a few Halloween photos. Cece wanted to be a witch so we went to Joanns' and she picked out the pattern, the fabric and all the trim. Here's a photo from her party at school. 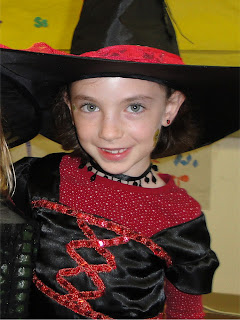 Here's a photo from the front of the house - notice the new house color and how it just clashes with Cece's wig. 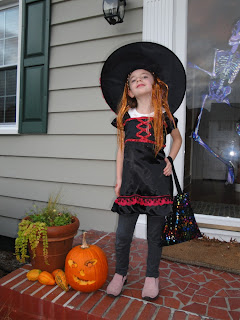